← Fame is Overrated
The product doesn’t get to kick ass until the user kicks ass, first. →

THE DAY I REALIZED I WAS IN THE WRONG BUSINESS

Posted: March 24, 2017 | Author: Hugh MacLeod | Filed under: #writings |Comments Off on THE DAY I REALIZED I WAS IN THE WRONG BUSINESS

[More thoughts from The Book Of The Ignored etc.]

THE DAY I REALIZED I WAS IN THE WRONG BUSINESS

I was in The Corner Bistro, doodling away on my business cards (a new habit I’d only picked up a couple of months before), when suddenly I had a moment of clarity.

At the time I working as a mid-tier copywriter at a mid-tier ad agency working on mid-tier accounts and not doing too badly. I wasn’t setting the world on fire or anything, but I liked the job, I liked the people and the work wasn’t too odious. Plus there was the added benefit of living in New York, a city I adore.

But then suddenly I did some rough math in my head.

I figured that after all my expenses- New York rents, New York taxes, New York suits and ties, New York shoes, New York gym memberships, New York cocktails, just New York everything- at the end of the day I was taking home about a hundred dollars.

One hundred dollars. All those late nights and weekends at the office, all those insanely long meetings talking about nothing, all that business travel and Powerpoint presentations and stress and noise and rushing around…

And all for a lousy hundred.

Then I looked at the little doodles I’d been drawing…

And that is kinda what happened, in a roundabout way. I gave up advertising to become an artist.

Right then and there. I remember it clear as day, my so-called illustrious advertising career just up and went, vacating my body, like a ghostly spirit.

The rest is history.

No, the art thing did not happen overnight. Yes, there were many stumbles along the way. Yes, a lot of people thought I was crazy at first, myself included. No, it didn’t play out quite the way I thought it would. Yes, I had to pivot many, many times. Yes, there are many other wonderful people involved, yes, it’s still playing out and yes, I’m still constantly pivoting and no, I don’t expect that to change any time soon.

Yes, I could have stayed in New York, could have hung on to the advertising gig, hoping to get the big break, hoping for some kind of New York career miracle to happen. 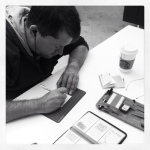 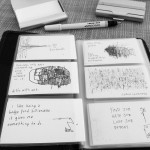 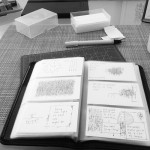 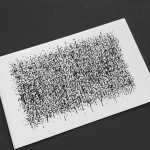 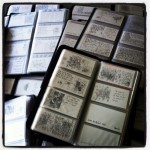 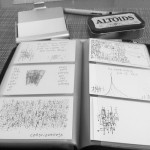